If you think that Miami is only about shopping, celebrity sightings and South Beach, you are wrong. This city is still relatively young in comparison to other U.S. cities, but this does not mean that it has less to offer. Quite the opposite- there are some gems with a history that have withstood the test of time. To be more precise, there are more than 150 historic sites and districts in this city that you should include in your itinerary. We will not be able to mention each and every one of them, but we will present you with some of the well-known landmarks in Miami.

You should certainly visit Vizcaya Museum and Gardens

One of the buildings you should definitely visit is the Vizcaya Museum and Gardens. It was constructed in Coconut Grove as the winter residence of millionaire James Deering. He bought the land from Mary Brickell in 1912. According to a legend, Deering wanted to build a mammoth estate which is close and visible from the water. When the construction ended, the estate sprawled across 180 acres. After Deering’s death in 1925, his nieces took over the estate and started selling it off bit by bit. After 25 years, Vizcaya had turned into an art museum. It has also served as the locale for stately visits, music videos and movies. You will understand why this is so once you catch sight of the breathtaking views of the open-air courtyards, gardens and Biscayne Bay.

Another of beautiful landmarks in Miami is Freedom Tower

The Freedom Tower is situated in Downtown Miami and it was built in 1925. The inspiration for it was the Giralda in Seville, Spain. The original purpose of this building was to be the home of The Miami Times. However, this is not something people remember it by. It is more well-known for the role it played in the 1960s when the federal government used it to process exiles fleeing Cuba. Today, there are many exhibitions here, such as The Cuban Exile Experience & Cultural Legacy Gallery. In addition to this, here you can find works by famous artists like Salvador Dali, Francisco de Goya and Leonardo da Vinci. The easiest way to visit this and other landmarks in Miami is to move here. Hire movers Sunny Isles Beach and you will be here in no time.

The Biltmore is another landmark you should not miss

The Biltmore is actually a hotel, but it is certainly one of a kind. It was built to serve the glamorous crowds and the men who came up with this idea was George Merrick. The Biltmore is actually a blend of Arabic, Spanish and Italian architecture and it houses myriad tales within its walls. Some people even say that the spirit of mobster Thomas Walsh wanders around the hotel. During World War II this hotel served as a war hospital and as a VA hospital. The good thing is that it has been restored back to its full glory and now we are able to enjoy our stay there. So, in case you are thinking about moving to Coral Gables, feel free to stay in this hotel first and see whether you like it; the chances that you will not like it are quite low.

If you are in Miami, go to Joe’s Stone Crab

Whenever you find yourself in Miami, make sure you visit this amazing restaurant. A Hungarian couple is to thank for the existence of one of the most extraordinary landmarks in Miami. This place has become the first stop for visitors and a go-to for locals. Some of the famous people who have dined there are Amelia Earhart, Will Rogers and the Duke and Duchess of Windsor. What is legendary as the restaurant and the food here are the lines that form whenever the restaurant reopens for the season. The wait is certainly worth it since this is quite a unique experience. But, in order for you to be here when the restaurant is open, it is advisable to move to Miami. Just hire moving companies Miami Dade and you will be able to enjoy everything it has to offer.

Make sure you pay a visit to Cape Florida Lighthouse

Yet another gem that Miami has to offer is certainly this lighthouse. It does not matter whether you like the beach or history better, you will probably want to visit it. This structure is the oldest one in Miami-Dade County- it has been in that place ever since 1825. A way to reach it is to head to Bill Baggs Cape Florida State Park, which is in the southern end of Key Biscayne. The purpose of the island was a secret meeting spot for runaway slaves. However, this changed and it became a National Underground Railroad Network to Freedom Site in 2004. You should know that the climb will be demanding, but the amazing views of the city will be a reward. Of course, this is only one of the free things you can do in Miami and each tour has a guide.

If you would like to pay a visit to a picturesque place, Miami should be your choice number one. Of course, you can always think about moving here since this will make it easier for you to visit all the impressive landmarks in Miami. We have listed several places we believe are worth visiting. You can be sure that you will find here any site or location that is of interest to you. So, the only thing left to do is to choose which places to visit and where to start.

How to choose moving services according to your type of relocation?

September 25, 2020 / By Editor / 0 comments
Moving is one of the most complicated processes that your family or business is going to go through. So, it is important to make ...

What to pack in your essentials bag for a move to Miami Beach?

September 16, 2020 / By Editor / 0 comments
Moving to Miami Beach is the start of a new chapter in your life. The process of moving home can be a daunting task, ...

How to avoid complications when moving locally

September 13, 2020 / By Editor / 0 comments
The process of moving is often difficult and complicated. Moreover, relocation can be a stressful period for you and your family members. If you plan ...

Get an Instant Price 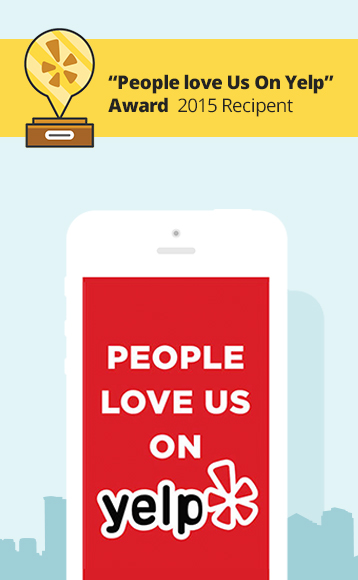